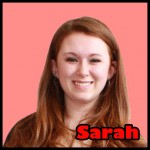 Hey, guys! I hope you are all enjoying a lovely northeast fall and lots of Dunkin’ pumpkin spice lattes (two things I’m really missing at the moment). After spending last spring in London, I’m currently tackling my second semester abroad – this time with a lot less tea and a lot more sunshine. I’m spending the semester – and hopefully many years to come – in Los Angeles with the BU in LA Program. The program is not technically an abroad program, but to anyone not from the area, LA certainly seems like foreign territory. Moving out here has been an adjustment, but one I am glad to have made.

For all of you interested in the LA program, know that it is an invaluable opportunity, but also know that it is no joke. While I spent most of my time in London at a pub or jet setting all over Europe, I spend the vast majority of my time in LA at internships, in class and learning as much as possible about the industry. I’ve been fortunate to find two fantastic and distinct internships that I’ve learned worlds from in just the past few weeks – one at the Late Late Show with Craig Ferguson and one in the writers’ office at Mad Men. These internships are my sixth and seventh (and hopefully last!) internships, and both of them have helped reaffirm a few key pieces of advice I’ve been hearing from the beginning:

In fact, they are often the same thing. Everyone in the professional world puts so much emphasis on networking, and there is no denying its importance; however, it doesn’t have to be as scary as you think! Networking shouldn’t feel fake, insincere or like someone is being taken advantage of. Networking can be as simple as asking someone about their weekend or commenting on the cute dog on their desktop background. Successful networking starts with finding something in common and fostering a relationship based on it. Just be yourself and find some people you can connect with!

You don’t necessarily have to be a tightrope artist to be interesting (although that is pretty cool). Simply knowing about the industry you’re in, especially topical news, will interest other people. What’s going on in the entertainment industry is relevant to everyone in it – and often times, it is pretty fascinating. Keeping up with news is a sure way to impress those you work with. Bonus points are awarded for knowing the history of your field.

No task is too small for an intern. I can’t tell you how many copies I’ve made or how many dishes I’ve cleaned during internships over the past few years. It comes with the job, and I think most of us come to expect it. No matter how menial the task, do everything with a smile. Someone is always watching – the people around you will notice a positive attitude. That being said…

I work with an intern who constantly says, “We’re just the interns.” We may be on the bottom rung, but we are certainly more than just interns. The climate of unpaid internships is changing, and it is more important than ever to understand your roll. Use judgment – don’t feel pressured to do something you don’t feel comfortable with. And don’t hesitate to bring issues to an advisor! They are there to help.