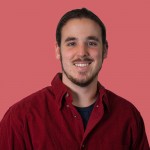 A few weeks ago, I had the privilege of interning for a company at the Toronto International Film Festival. Pretty awesome. I applied at the end of last school year, and while I was at camp all summer I had pretty much forgotten all about it. But on August 1st, I received an email informing me that I had been selected as an intern for the Creative Minds in Toronto Program. Creative Minds has programs in both Toronto and Cannes, which is hopefully where I’ll be headed next.

Companies who are at the festival contact Creative Minds asking for interns because while they’re at the festival, things are much crazier than usual and they need the assistance. I was lucky enough to get paired with APA, Agency for the Performing Arts, the fifth largest talent agency in the nation. I was able to sit in on meetings, attend their events and parties, and meet a bunch of cool people in a relaxed environment (**cough** Joseph Gordon-Levitt and Scarlett Johansson **cough cough**). And ultimately, the agents whom I was interning for told me that I would have a job waiting for me when I graduated.

What I’m trying to say is this: Yes, I had to miss the first week of school to attend TIFF. But, honestly, I never even thought twice about it. Sometimes, an advantage may appear as a slight disadvantage. But, if you’re ever in a position to do something awesome, do it. You might even get a job out of it.