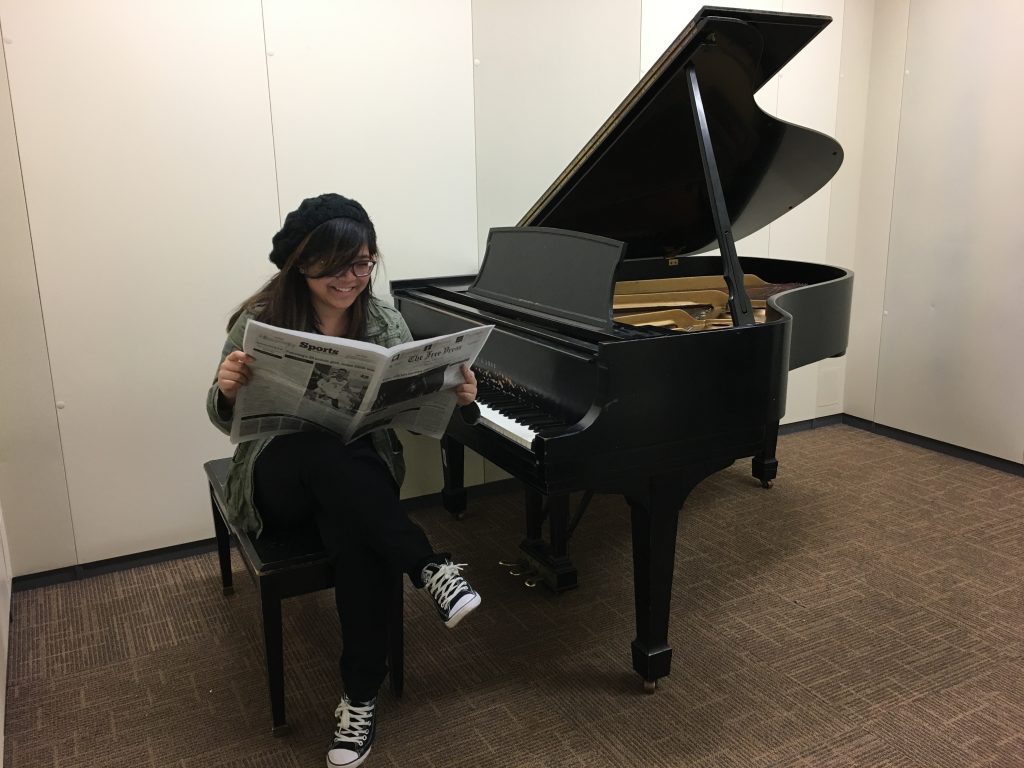 Welcome to my first blog post of the semester! My name is Lauren Frias, and I’m a freshman in the College of Communication at BU studying journalism. I’m currently serving as the Catalyst associate features editor for the Daily Free Press, the independent newspaper on campus. I’m also a production assistant and reporter for BUTV10’s On That Point, an award-winning news station at BU.

Because of my pretty heavy involvement in the world of journalism, I always get a shocked glance from others when I tell them I’m a part of the marching band, as if it’s something that they never would peg me to do. Granted, it could also be due to a lack of familiarity, but, to me, I feel like I identify as much of a musician as I do a journalist. While I may not be a music major/minor or have vast musical knowledge, a bar of music is just as important to me as a byline.

I started learning how to play piano when I was seven years old, taking lessons with a nun who played the organ at my local church. From then on, I was the opening performer in our annual recitals, as well as various school performances. I even performed with a jazz ensemble playing jazz piano (which, in my opinion, was more difficult than any original classical pieces I learned to play). Apart from being a pianist, I also played percussion since I was in the fifth grade, participating in symphonic band, orchestra, and–my favorite of the three–marching band, which I still do here at BU.

My appreciation for the arts gave me some perspective on what kind of stories I had a preference for covering. For the FreeP specifically, I covered events such as the pirate (yes, pirate) ballet, Le Corsaire, and Ace Plays Orchestra, a concert featuring an electric guitar at the forefront of a traditional orchestra (I linked my stories because self-promotion is a shameless activity).

Because BU offered me opportunities such as FreeP and the BU Marching Band, I’m able to simultaneously explore my passions, just as I did in high school. Obviously not to the same extent because of the more strenuous school and work schedule, but still existent nonetheless. And I hope other students follow suit–continue to pursue your side passions apart from your actual major! Even if it doesn’t do anything to aid you academically or professionally, it’s all about making the most of your college experience while you’re still here. While I will continue to despise the constant rush to get from band rehearsal to an event that I’m covering, I wouldn’t have it any other way.