To quote fellow CA Tyler from his blog last week, “Yes, I am abroad, but I don’t want to give you the standard ‘I am abroad!’ post.”

Good for you, Tyler. Except here I am, about to give you the most typical, basic, eye-roll-inducing “I am abroad!” post of all time. So take that! Ha! 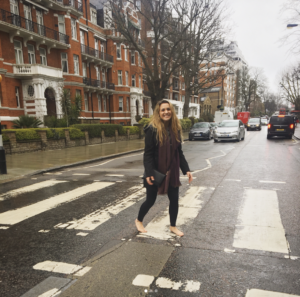 Point is, abroad is as every bit exhausting, delightful and life-changing as everyone makes it out to be. I know, I know: when you’re living in Europe and traveling to magical cities every weekend, how can it not be? But until you come abroad (or in my opinion, specifically to Europe), you never fully understand why no one shuts up about it until you’re two weeks away from leaving and are already feeling nostalgic. Yeah, it’s that bad.
Because everyone’s abroad experience is so different from each other, it’s hard to pin point exactly what the best parts of. I remember that before I came here, I asked so many people what the absolute must-dos of abroad were, and everyone had different answers. But, because this is MY blog post (mwahaha), I’m going to give you the must-dos that I’ve taken away from my time in the London Internship Program. 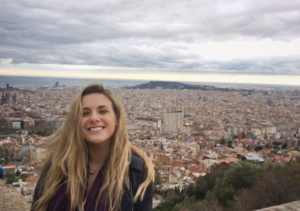 I only have three suggestions:
1) Eat everything.
This one is self-explanatory. 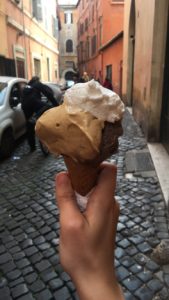 I truthfully think food is the best thing in life (like genuinely, try to name something better than food, because I never can. Love? You can’t survive off of love! Sleep? Pfft, I’ll sleep when I’m dead!), and to have so many authentic dishes as close as a train ride away is the best part of being abroad. I won’t lie, I haven’t loved all of the food that I’ve tried, but I’ve still tried it. And then, there was the food that I was hesitant to try and ended up LOVING! I used to feel kind of ‘eh’ about Spanish food, but turns out it’s my favorite European food…and that out of Italy, Scotland, France, Sweden, Germany and London. I can’t count Greece because that’s where my family is from and my normal diet consists of the best Greek food ever, so it seems unfair to pit other countries against it. Still, not once have I ever regretted spending money on a meal, even the ones that I didn’t like. Order everything!
2) Work your tush off at your internship. 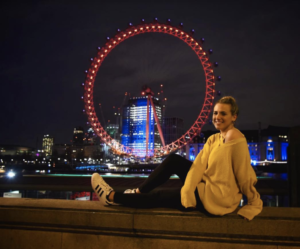 My internship is at the Evening Standard, a large scale publication in London. As a journalism major, I had known of the Evening Standard well before even deciding to come study abroad, so when I was placed there, I was more than delighted – I was, somehow, terrified, thrilled, anxious and eager all at once. I had many expectations coming into my internships, and I am delighted to announce that so far, all of them have been met. In fact, most of them have been surpassed.  Having worked for a publication before (Boston Magazine), I was used to writing on tight deadlines, pitching ideas and working in a fast-paced news environment. What I wasn’t prepared for, however, was the freedoms and responsibilities that were given to me by this publication. In Boston, my pieces had been carefully calculated, planned out precisely with my supervisor down to the very detail, edited and re-edited again and again until they were finally published. But at the Standard, I was published within my first day. In fact, I had published seven articles after my first week’s completion, articles that I had pitched myself and been given barely any afterthought before publishing. “We know what you’re capable of,” my supervisor had told me after my initial surprise. “We trust you, we trust your words.”
And really, I have been treated since then as a full-time employee in the best way possible. The days seem to zoom by; I have my own desk, co-workers who respect me and take me seriously, a supervisor who trusts my ideas and an editor that does my words justice. It is an idealistic set-up, a dream-come-true, and it’s reignited a fresh fire in my pursuit of a journalist career. Having this experience did more than just give me an international resume boost…it reignited my fire.
3) Be bold. 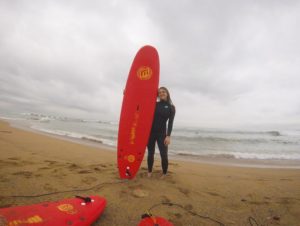 Okay, hear me out: I’ve jumped into so many bodies of water abroad in the cold, and honestly, it has completely revolutionized my outlook on life. We’re only this young once, and there are only so many times in your life that you are actually able to jump into the freezing cold Loch Ness without the obstacles of life stopping you. It sounds so silly, but every day that I’ve been abroad I’ve tried to do something bold and whimsical, and coming from such a renowned school like BU that can feel so overwhelming at times, it was the best way outlook to have when waking up in the morning. 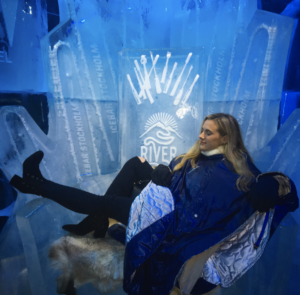 So go, try some weird Scottish food, surf in Barcelona, work hard at your internships. This experience gives back what you put into it, so don’t be afraid to go all in.