As I took my sixth blurry far-away photo of a street cat on the way to class one morning, I had a realization. No, not, “I should stop using all my phone memory on cat photos”, although that’s also probably true. I realized, that I was one of those street cats. No really, hear me out.

No matter where you go in Shanghai there are street cats roaming around, but all these strays have one thing in common, they found a place to call their own. From back alleys to fruit stalls, these cats all have a home. As an American living in China for the first time, I desperately wanted that comfort. Back in Boston I had a tight circle of friends, a great gyro place, a routine, but in Shanghai everything was new. The language was new. The food was new. The streets, the sights, the Ayis, all new. I spent the first week overwhelmed and lost. I worried these feelings would never go away, but I was quickly to be proven wrong.

One morning the perpetually sunny woman selling jianbing complemented my Mandarin. She did it offhandedly, and I’m sure she had said the same to every foreign kid who found themselves stumbling through an order at her stall, but I had never heard such sweet words before. Suddenly every little victory, from buying a flat iron on taobao to finding the best bao stall by campus, made me feel a little more at home. I developed a routine (which of course included the jianbing lady), and like the street cats I so love taking pictures of, I found my own little place in Shanghai. Now, almost two months into my time studying abroad, I can’t imagine having gone anywhere else.

While COM has five great study abroad programs, BU offers semesters on almost every continent for just about every interest. Look into where you can go. Madrid, Ecuador, and Shanghai, are just some of the many possibilities. You may just find a new city to call home, or better yet, some cute strays and delicious new treats. 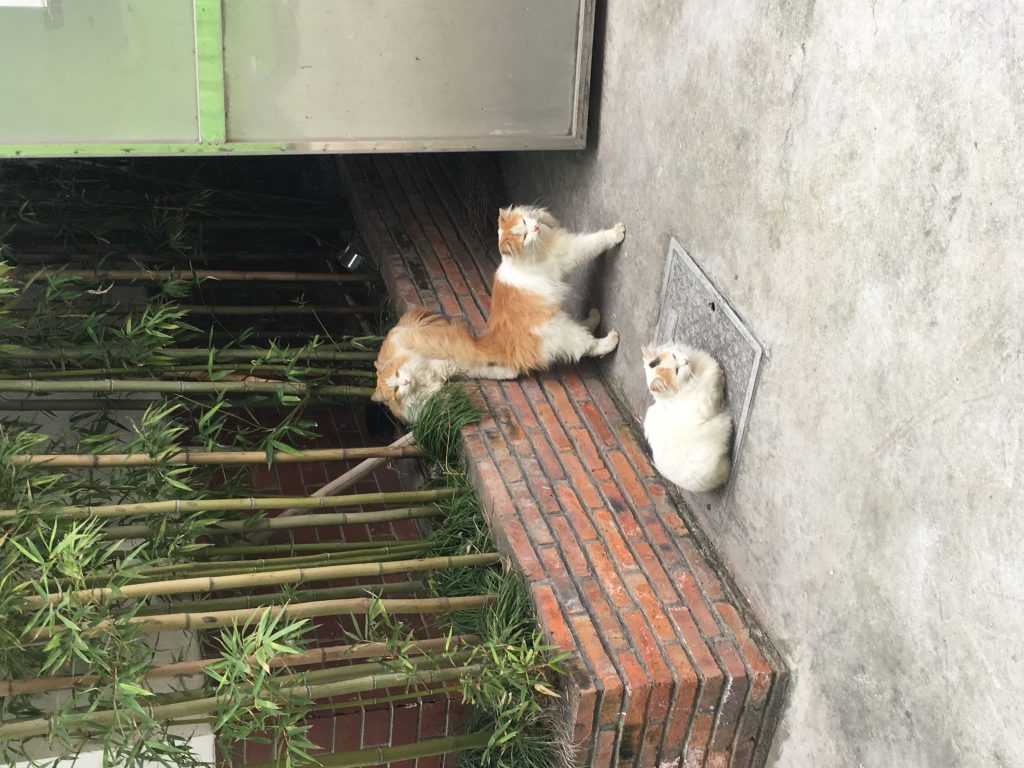