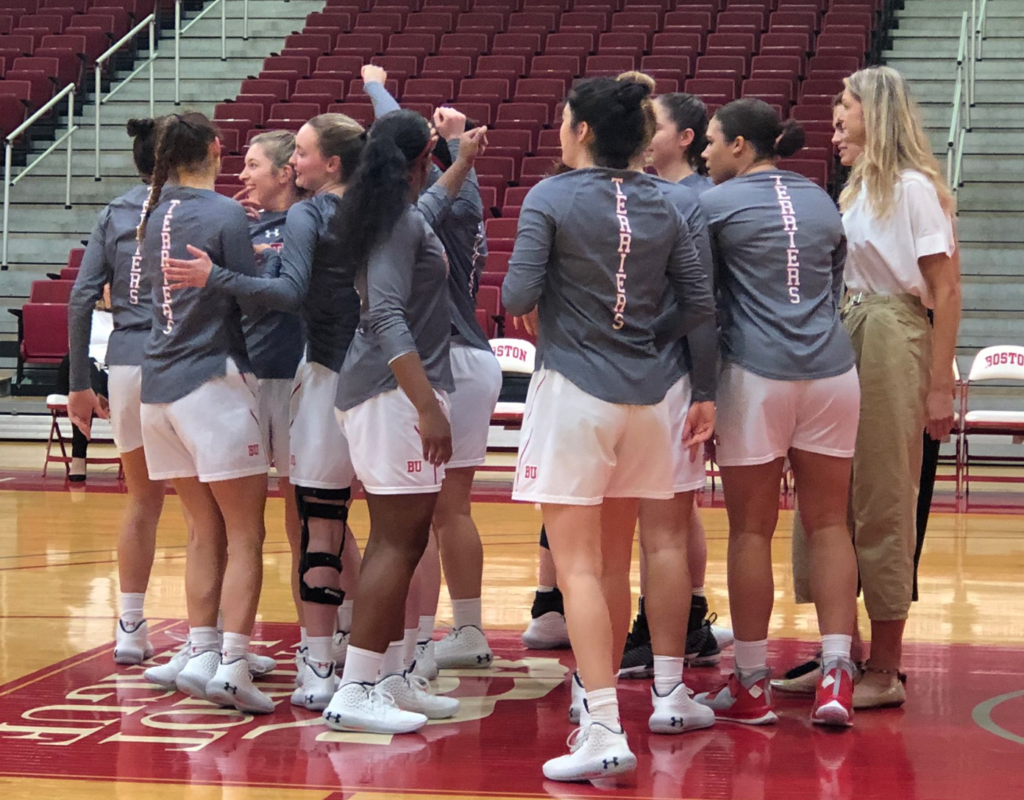 There’s no doubt about the sports hierarchy at Boston University. Hockey reigns supreme, with the five-time national champion men’s team bringing thousands of fans to Agganis Arena on weekends throughout the winter and the women’s team consistently ranking among the top ten teams in the country.

Amidst the popularity of the school’s hockey teams, the Boston University men’s and women’s basketball teams have taken an undeserved back seat among BU’s winter sports. Nearing the end of their 2019-20 regular seasons, both squads currently sit among the top three teams in their respective Patriot League divisions.

The major differentiating factor BU hockey holds over BU basketball is its history, which leads to its superior attendance and increased interest. Will BU basketball ever make as much national noise as BU hockey has? Probably not. However, the more humble background brings more reasonable expectations, and that’s where BU basketball becomes appealing.

The Terriers will never be expected to go to the Final Four on the court the same way they’re asked to reach the Frozen Four on the ice. The bar is lower for BU basketball, but that means their goals are more attainable. Winning a Patriot League basketball championship would huge for the Terriers, and this season, that result could be a legitimate possibility.

BU’s basketball teams don’t carry the most prominent reputations or the most lofty expectations, but they’re as easy to root for as it gets. They have heart, they’re underdogs, and they’re fun teams to watch regardless of the outcome. In fact, more than half of BU’s 61 basketball games thus far this season have been decided by less than ten points, with BU victorious in 17 of those 31 games.

Both teams feature an effective mix of bruising power forwards, sharpshooting wings and crafty ball-handlers, ranging from potent youngsters to veteran leaders. They’re both poised to make a run in the Patriot League this postseason, so if you’re looking for an entertaining event and a high-quality product, get down to the hardwood.

BU basketball is making a playoff push, so get on board.