Studies show that anywhere from 50 to 80 percent of college students change their major at some point, and that’s ok. While I’m not among this group, I am here to tell you that over the course of your college career, your passions will evolve as you are presented with the world of opportunities available to you in COM.

Whether this is inside the classroom, through one of BU’s myriad of extracurricular activities, or in my case through one of our study abroad programs, you won’t be the same person crossing that stage on graduation day – and stepping on the BU seal in Marsh Plaza – as you were when you first arrived on campus as a freshman. And that’s the way it should be.

I’m a creature of habit. I have the same order at UBurger every time (Phat Chick crispy with a side of fries) and sit in the same spot at Mugar (6th floor is where it’s at), but I’ve come to realize that change is a good thing. College is the time where you’re meant to truly find yourself. It’s your full Cory Matthews in “Boy Meets World” period.

For me, much of that change and growth has unexpectedly happened this semester during my time in our nation’s capital through the BUDC program. First off, I give this program my highest recommendation. Whether you’re a journalism or PR student, or simply someone with a passion for the news or politics, this program is for you.

I’ve learned more than I could’ve ever imagined, and the opportunities within the program are incredible. BUDC hosts a bunch of networking events throughout the semester with alums in the area, and I can assure you, there are plenty. Additionally, you’re interning and taking classes in one of the most beautiful cities in the country, not to mention the hub of American democracy. I’ve seen so much during my four months here, but with all the museums, historic neighborhoods and brunch spots, you could explore DC for a lifetime and never get bored.

This is where the change part comes in. Up until last semester, I was the sports guy. That was my thing at BU. I served as sports editor of the Daily Free Press last semester and wanted to parlay my education at BU into a career in sports journalism. My decision to come to DC was based on a number of factors, but high on the list were the chances to develop professionally, explore a new city, and become more well-rounded as a reporter. Little did I know that I would develop a passion for politics and become a news junkie. 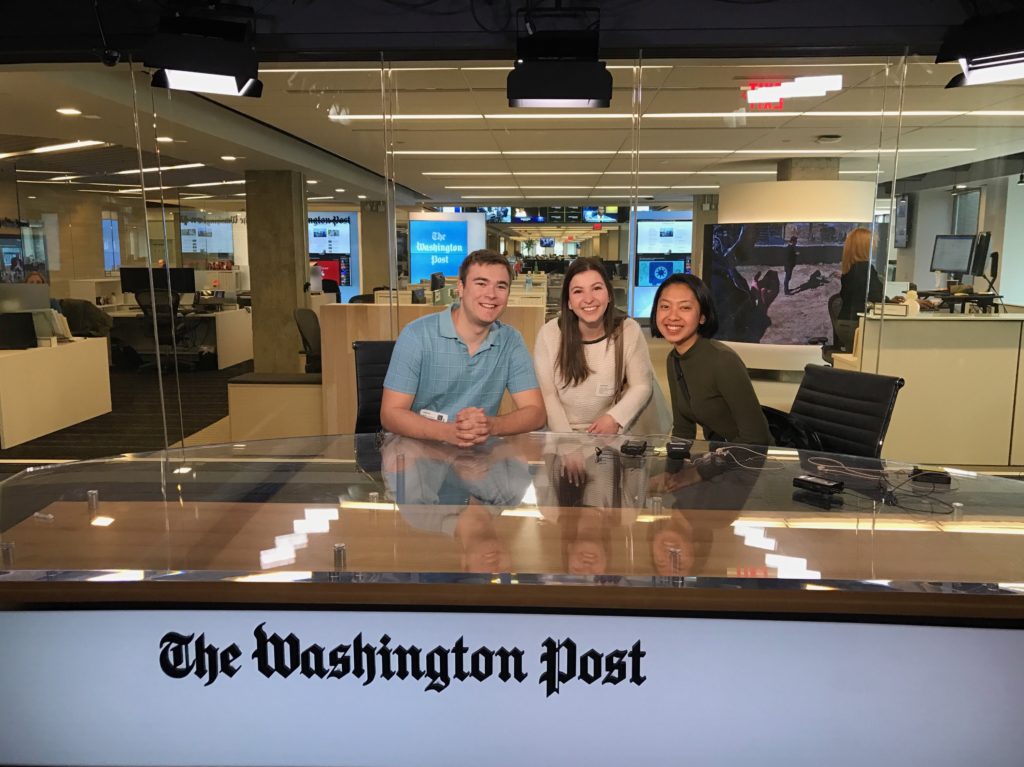 The 2016 presidential election piqued my interest in politics, and I doubt I would’ve come to DC had I not already been following the campaign. But for someone who gets push notifications every three innings about the Red Sox score, getting the latest updates from the Senate Foreign Relations Committee hearing was not high on my agenda. BUDC and my internship changed all that.

I’m interning for NBC’s “Meet the Press” this semester, the longest-running show on television. It has been incredibly eye-opening to assist in the day to day operations of such a highly-respected public affairs program and work closely with producers. Much of my duties involve research and greeting guests on Sunday mornings, but I’ve also written some pieces for NBCNews.com. Through observing Chuck Todd daily and being a part of this institution, I am following the news of the day more closely than ever. 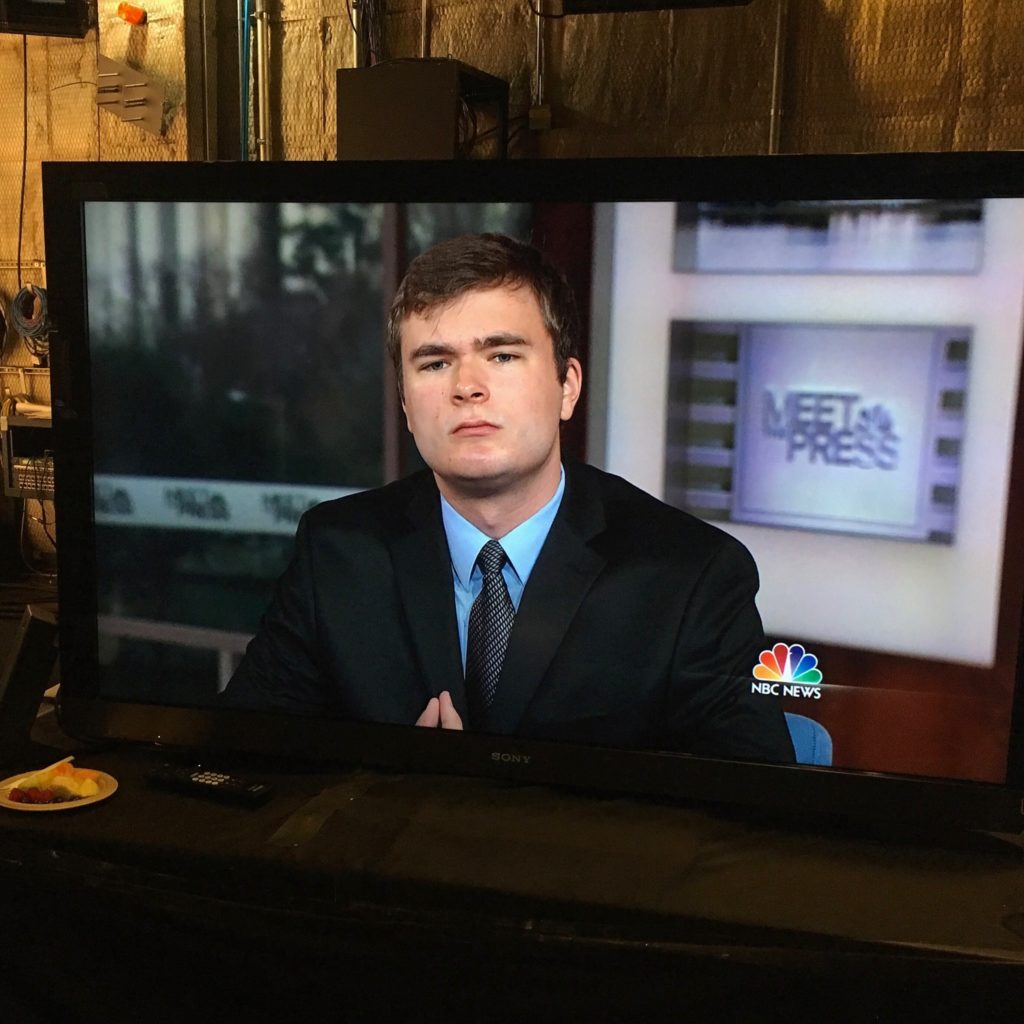 My career ambitions have shifted somewhat thanks to this program. Though I’m not entirely sure where I’ll be or what I’ll be doing post-grad in just over a year (eek), I know I don’t want to just be the sports guy. The political journalism scene has become more attractive than ever before to me, and I would welcome the opportunity to tell stories about how the decisions lawmakers are making on Capitol Hill affect the lives of every American. That’s why I got into journalism in the first place, right? To tell stories and help educate people.

My point in explaining this shift is that at its very core, college is a time for self-discovery. COM is a goldmine of opportunity for you to explore any number of interests, and even delve into ones you weren’t sure you had. My advice would be to take that random class or join that random club; open as many doors as you can during your time at one of the world’s best universities. You may never know what life-changing experience is behind that door. 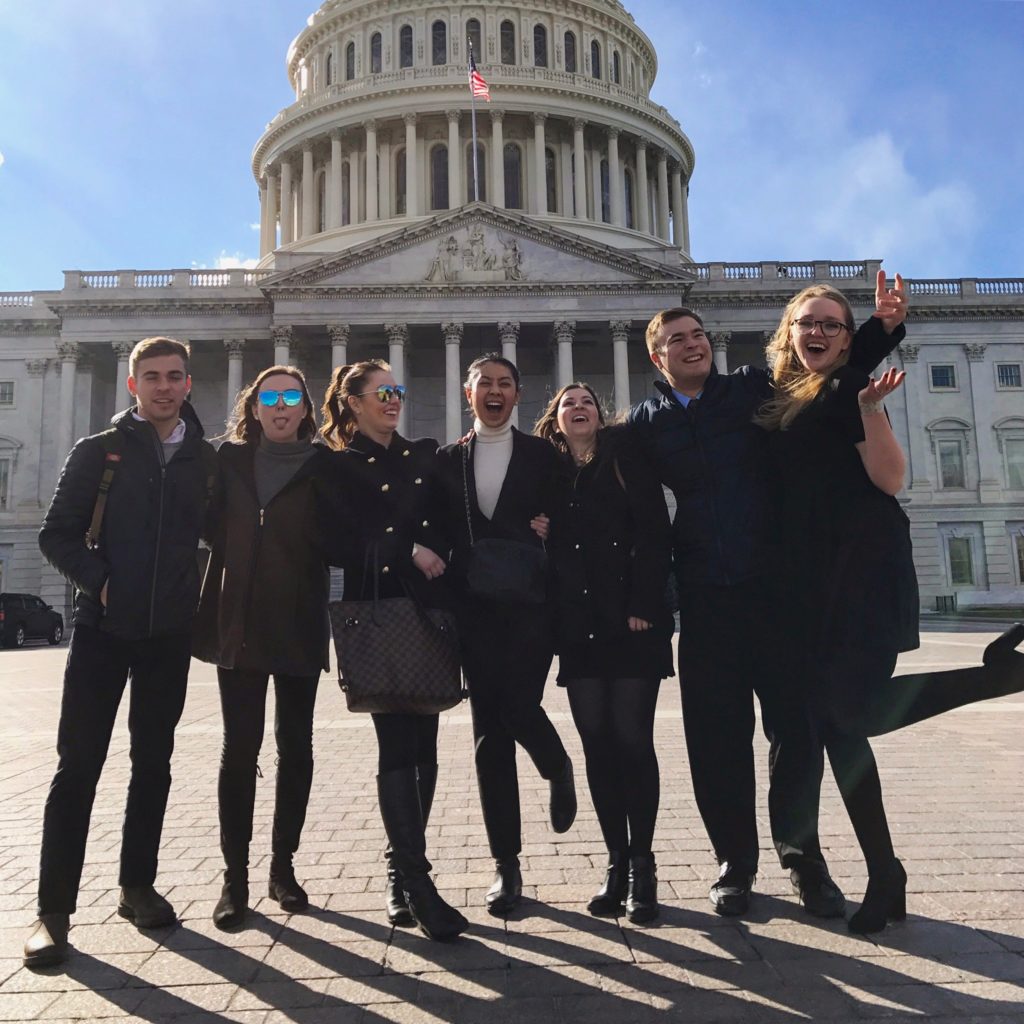