I know what most of you are thinking, “What? Alex Tuchi, of all people, writing an incredibly niche blog post?” Well, set your ridicule and derision aside for the moment and realize what I’m trying to do here: save you! You know what they say: jobs in communication are always won and lost based on who you know. But to know people, you need to talk to them. And before you enter the harrowing world of small talk with Film and Television majors (dun dun dun), you’re going to need to be equipped with these seven films just to keep you from looking like the sweet, simple fool you’re pretending not to be (don’t worry; 90% of Film and Television majors haven’t seen these either). 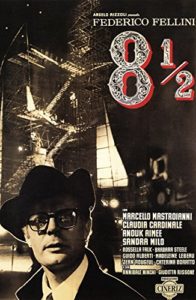 Everyone has heard of this semi-autobiographical masterclass in storytelling and cinematography by Italian director Federico Fellini. But has anyone ever really seen it? Doubtful. When talking about it, though, you can be sure to bring up a few key plot points to trick your friends into thinking you have. Just talk about the steam bath, Guido’s love triangle, and that weird sequence where he meets a prostitute when he’s eight years old. Don’t worry if it doesn’t make a lot of sense either; you’re much more likely to see Marcello Mastroianni’s ugly mug (with a jawline that could cut glass) on your roommate’s poster than in the actual film. The beauty of 8 1/2 is the universal fact that no one has seen it, which means no one really wants to talk about it. So as long as you practice your “Oh yeah, I’ve totally seen that one,” nod, you should be good to go! 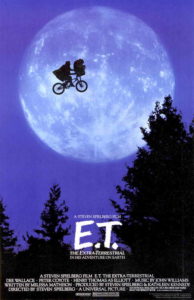 We all know the broad strokes of this Spielberg classic: an alien crash lands in this kid’s hometown and, for some reason, it’s this literal child’s job to help an extraterrestrial being to return home, possibly altering the future of humanity in irreversible ways. Also his bike flies? Anyway, the Big Thing™ to remember when discussing this movie is that you can never say it’s bad. No matter how hamfisted that acting is, how hackneyed the writing is, no matter how insanely bad the CGI is in the 2002 re-release, it is a masterpiece for it’s time. It is a genre defining, convention breaking powerhouse that should be treated with nothing but the utmost respect. And if you disagree…be sure to keep that to yourself. Hell hath no fury like a scorned Spielberg nerd. 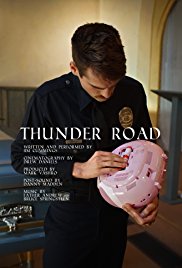 There’s really no reason to have skipped this one. It’s a short film that won the Grand Jury Prize at Sundance in 2016. Following a snapshot in the life of a small town police officer after his mother passed away, Thunder Road is the kind of film that gives us all hope. After debuting it at Sundance, filmmaker Jim Cumming was given $150,000 to keep making short films in the same style. What Film and Television major isn’t searching for a deal that sweet?!? Its success story isn’t the only reason to watch it though. It paints a nuanced portrait of a broken man and toes the line between tragedy and comedy perfectly. It is, at its core, a reflection of the human existence. And that’s the whole reason we fell in love with movies, right? 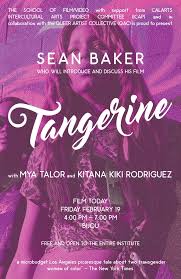 Especially after the recent success of critical darling The Florida Project (talk about an Oscar snub, @WillemDafoe), Sean Baker has been en route to become one of those filmmakers that comes once a generation. So it only makes sense that we pay homage to his 2015 breakout film, Tangerine. Other than a stellar script, outstandingly diverse cast in terms of racial and gender identity, and brilliant performances from a host of talented actors, it also holds the distinction of being the first mainstream film to make it into the box office while being shot on an iPhone. It looks like we’re living in the future, kiddos, and the future is a place where the next blockbuster could be shot all on the little camera in your pocket. Baker deserves a round of applause for showing us that it can be done. 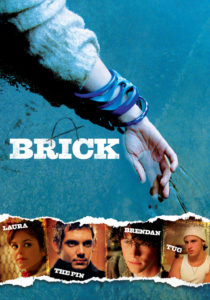 A trend that we Film and Television majors love to brag about is the fact that more and more “arthouse” filmmakers are being signed on to make big budget flicks with some of the biggest studios in Hollywood. The biggest example of this occurrence in recent memory is Rian Johnson hopping on the Star Wars train to write and direct Episode VIII. While it’s easy to think that Johnson is a filmmaking prodigy, handpicked from obscurity by JJ Abrams himself, we can’t let ourselves forget that, not that long ago, he was just a kid with a camera (like most of us). This is best seen with his first feature, Brick. Made on a shoestring budget, Johnson directed breakout stars like Joseph Gordon-Levitt in his neo-noir film set at his old high school. Even if the genre isn’t your jam, it’s still worth a watch simply for its aesthetic beauty; every frame is a glorious, indie painting. 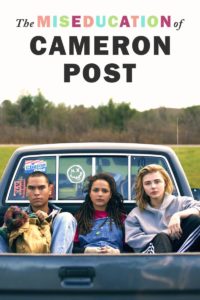 I’m calling it early; this film is the John Hughes, coming of age story that’s going to speak for all of those geeky film kids growing up in the 2010s. Adapted for screen by Desiree Akhavan (a gifted actor in her own right), The Miseducation of Cameron Post tells the story of a young girl being sent to a gay conversion camp at the suggestion of her aunt. While we may have been placated by the bland, albeit charming, adventures of a few teens just trying to make it through Saturday detention, we need to address the problems of sexuality and racial identity in this day and age. And while you might have to wait a hot minute for wide distribution, do yourself a favor and catch this one; I guarantee you’ll be glad you did.

7. This is John (Jay and Mark Duplass)

The only suitable way to end this list is with a Duplass Brothers film. Built on the brand of distinct characters placed in perilous situations, Mark and Jay Duplass have been a household name of indie startup filmmaking since their first foray into the medium with This is John. The entire film is literally a man trying to record a new outgoing voicemail message (sorry, spoilers). The equipment is shoddy, the premise is narrow; everything in us as filmmakers tells us that it shouldn’t work. And yet, miraculously, it does. This is one film I believe to be almost perfect. It fills me with a creative spirit I only get when watching films I love, and it reminds me that I don’t need millions of dollars to make something that touches people. It reminds me that if I’m not out every weekend, shooting, writing, editing, that time is time wasted. Because every filmmaker on this list came from humble beginnings. Every single one was just a kid in the movie theater at one point in time, seeing their lives played out on screen in front of them, thinking, “Hey, someone gets me.” Films aren’t made by beautiful cinematography, or genius scripts, or breathtaking performances. They’re made by the little imperfections we, as humans, all share. This film, as all films should, remind me that I’m not perfect, but that’s okay. Because no one else is either.

One thought on “Alex: 7 Movies You Have To See (Or At Least Pretend to Have Seen) If You’re a Film and Television Major”