With my increasingly busy schedule, it’s rare I find time to sit down, grab a snack and watch actual TV (sans Netflix or Hulu). But every Wednesday night, I rush home to catch the latest episode of The Masked Singer, a “who-sung-it” competition show where celebrities anonymously battle each other by singing. It’s my new favorite show, and here’s why I’m so obsessed with it:

At first glance, The Masked Singer is car crash tv: “so disturbing, you can’t look away.” Liken this up to a bunch of unknowns in over-the-top costumes, hopping around on stage. Your first time watching the show you have no clue what’s happening. All you know is that there’s a celebrity under the mask, an all-star panel of judges, and oh – Nick Cannon is hosting again. But what’s better than your favorite stars American-Idoling in elaborate Halloween costumes? It’s a sight to see. 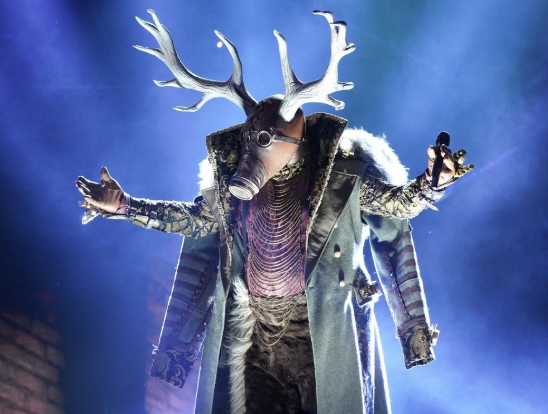 The point of the show is that celebrities have a chance to reinvent themselves. In an industry where you can easily be typecast, “canceled,” or become irrelevant, many stars feel as though they’re misunderstood. When they come on the show, they have a chance to explain their story – and they do, tears and all. Every single person who has been voted out has said it’s the “best experience ever,” and has allowed for them to show their talent without their name preceding them. I’m not going to spoil the Season 1 and Season 2 winners, but if you ever watch – they will make you a bit teary-eyed. For once, celebrities are relatable. 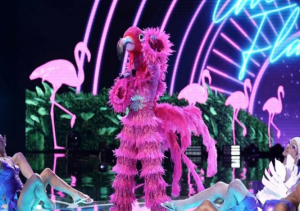 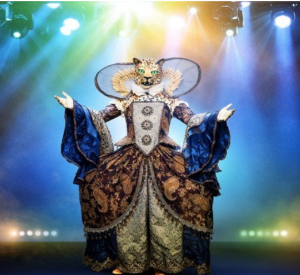 A huge part of the show is guessing who the celebrity under the mask is. Every week, they give you a clue package – full of mysterious, little known or well-hidden facts about the singer. By doing so, the audience gets as involved as the judges. When I watch with my friends, we pull out little clues here and there to make our guesses. That being said, it’s easy to find a spoiler. If you don’t know who the celebrity is, everything seems cryptic. If you do know the celebrity under the mask, it’s glaringly obvious once you see their clue packages and everyone wants you to know what they know. The fun is in the guessing process for me, so this season I’ve decided to be spoiler-free. I don’t want anybody watching with me to google anything, and if I ever see a Masked Singer headline, I cover my screen immediately!

Aside from all the fun of the show, what I love most about it is that it forces me to take time for myself. With homework, projects, and internships, an hour spent watching TV can seem wasteful. But in my commitment to have a spoiler-free season, I’m dedicated to watching each episode’s premieres so that the surprise isn’t ruined for me the next day. It’s a little time I take for myself to have fun – my Wednesday nights now belong to The Masked Singer.

Watch it, you’ll be obsessed too!