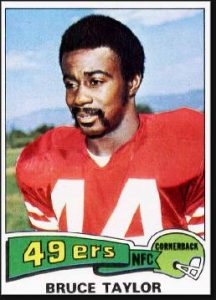 He was the first defensive player in the nation selected in the professional draft in 1970 and went on to win “Defensive Rookie of the Year” in the National Football League as a regular with the San Francisco Forty-Niners.

His collegiate honors included selection as the most outstanding football player in New England his senior year as well as All-East and All America.