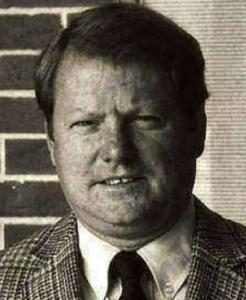 Gerry grew up in the “Whiskey Point” section of Brookline. He attended St. Mary’s of Brookline where he starred on the baseball, football and basketball teams, graduating in 1955. A 1955 Herald Scholastic All Star Team member and New England All Star who played in Fenway Park as a 16 year old. He went on to Kimball Union for a year of prep school where he played baseball and football. He later attended Boston University, where he played Baseball for four years. As a second baseman, he captained the 1960 B.U. team and was named a New England All star, again playing at Fenway Park. He recently was inducted into the Boston University Hall of Fame. After graduating from Boston University, he was signed to play professional baseball for the then Kansas City Athletics, where he played from Presque Island, Maine to Visalia, California ending his career playing with future Red Sox Ken Harrelson and Jose Santiago. He also played Boston Park League baseball with several teams, being inducted into the Boston Park League Hall of Fame in 1991. Mr. Leone began his coaching career at St. Mary’s in Brookline, then moved on to Franklin High School where he taught and coached baseball and football for close to two decades, and was Athletic Director for several years. His football teams, known for their teamwork, hitting and desire were very successful and became a consistent force in Eastern Massachusetts Football. From 1969 – 1972 his teams won 32 straight games (then a state record), won three straight Hockomock League Championships, and were State Champions. After a brief retirement, he returned to the coaching sidelines and led FHS to a 1982 State Division Three Super Bowl Championship, in a year where he garnered many Coach of the Year honors. He was inducted into the Massachusetts High School Football Coaches Association Hall of Fame in 1991. He was proud of the many players that went on to attend college and extended their playing careers, and those who themselves went into the coaching ranks.