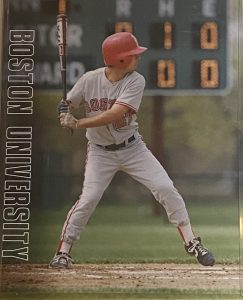 “Jack was the best hitter I ever had” – Coach Bill Mahoney

Transferring from Cornell after the 1990 season Jack , a slugging first baseman, led the 1991 Terriers in ten offensive categories including a University record sixty -five hits. He was among the North Atlantic Conference leaders in batting average (.368), doubles (12), and RBIs (45). 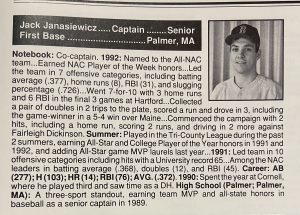